Chris Gokiert is the President of Critical Mass and oversees key client relationships, the development of service offerings and company operations. He came onboard in 1998 when the company had only 35 people and has been instrumental in driving the agency to where it is today—950 employees across 11 global offices. His strategic leadership and dedication to client service have been instrumental in the launch of major multi-channel initiatives for Nissan, Infiniti, Budweiser, adidas and AT&T.

Simply put, Gokiert's focus on growth and his client service mindset have been constant features of his leadership. He wins pitches and leads client accounts with honesty and realness, not salesmanship or fake swagger. Authenticity is what sets him apart, both with clients and within the industry. He's been there—the pitch room, the board room, the late nights in the trenches. He's steady but innovative. Confident but humble. He demands excellence, but he'll never cease to look for ways to help each and every individual under his leadership achieve it.

Every day, Gokiert brings a relentless focus on transforming clients’ businesses, a goal he pursues and achieves by building collaborative environments for Critical Mass’s clients and teams. Along with overseeing the growth of the company, Gokiert has been instrumental in evolving Critical Mass’s services to keep pace with an ever-changing digital landscape. Deepening the Marketing Science (Data and Analytics) practice, in addition to growing Critical Mass’s specialized internal services (such as market research and content production) teams has made an incalculable impact on its ability to deliver more work, more efficacy, and more cost savings for its clients.

Under his leadership, Critical Mass has been recognized as an A-List Agency, Best Engagement Agency, Top UX Design Agency, Best Agency to Work For, and Employer of the Year. Gokiert himself was voted People’s Choice Influencer of the Year at the prestigious Creativepool Annual Awards.

While Gokiert has had no shortage of highlights during his career, one of the biggest is on the horizon. Starting January 2021, Gokiert will transition from President to CEO of Critical Mass.

Critical Mass's future CEO talks to Retail Today on how he steers the agency, which is truly digital in its DNA.

Critical Mass has been repeatedly recognized for its unique culture, focus on talent and work. You have created a value-driven workplace culture that embraces professional growth and engaged employees who produce exceptional work. Investing in Agency Culture can pay off can’t it?

Innovation is an integral part of building experiences. Can you talk about the innovation culture that thrives in your teams?

We put our hearts into the work we do for our clients. But we also put a lot of time, effort, and care into building a culture that attracts open-minded, collaborative, passionate people who bring a diverse range of views to the organization—the kind of people that make Critical Mass a place we love to work.

At Critical Mass, our agency culture is everything—the very essence of who we are and how we work. Coming from Calgary (near the foothills of the Canadian Rockies), rather than Madison Avenue, we had to prove something that many other agencies did not. We had to fly farther, try harder, and sleep a little less. But we embraced a kind of scrappy underdog culture and married it to our Canadian-bred inclination to be humble. Our roots propelled us in our mission to do extraordinary things with digital, and now that we can do extraordinary things, we find it more valuable than ever to stay connected to those roots. They shape our values, and they shape the kind of agency we want to grow into.

We also don’t use the term “values” idly. We have six: honest, inspired, driven, purposeful, real, and equal. We work extremely hard to make sure we stay authentically and consciously connected with our values and sense of mission. They inform the way we work with our clients, treat each other, and hire new talent. They also inspire us to build an even more inclusive, open-minded agency where everyone is supported and empowered to do their best work.

We are innovative problem solvers on a constant quest to try new things—new combinations, new technologies, new ideas. We believe there are two sides to innovation, and we work hard to foster both.

The Formal Side: Innovation is developed through the rigor we apply to drive our accomplishments.

The Informal Side: Innovation stems from creating a culture that breeds innovation—one that facilitates experimentation and rewards invention.

Innovation is ingrained in our culture, but on the whole our unique agency culture does far more than equip us to invent new ways of doing things (although we can’t stress enough that we’re pretty dang good at that).

We believe in being great partners to our clients, and we pride ourselves on our reputation for backing up the success of our work with the fact that our clients love working with us. Honesty, transparency, loyalty, and unflinching commitment to the needs of our clients are what motivate us day in, and day out. We chalk it up to our Canadian roots (we were founded in Calgary in 1996), but our clients are usually just relieved to know that they have genuinely nice people in their corner who will stop at nothing to help them be successful.

We look for clients who are similar to us in one key respect—they believe in the power and importance of collaboration. We seek true partnerships, not one-sided vendor agreements. No one knows a client’s brand, business and aspirations the way the client does, and we naturally bring strong points of view about digital strategy, design and customer experience to the table. That's why open-minded collaboration from day one is paramount for maximizing our mutual success—the win/win that defines truly great agency and brand relationships. 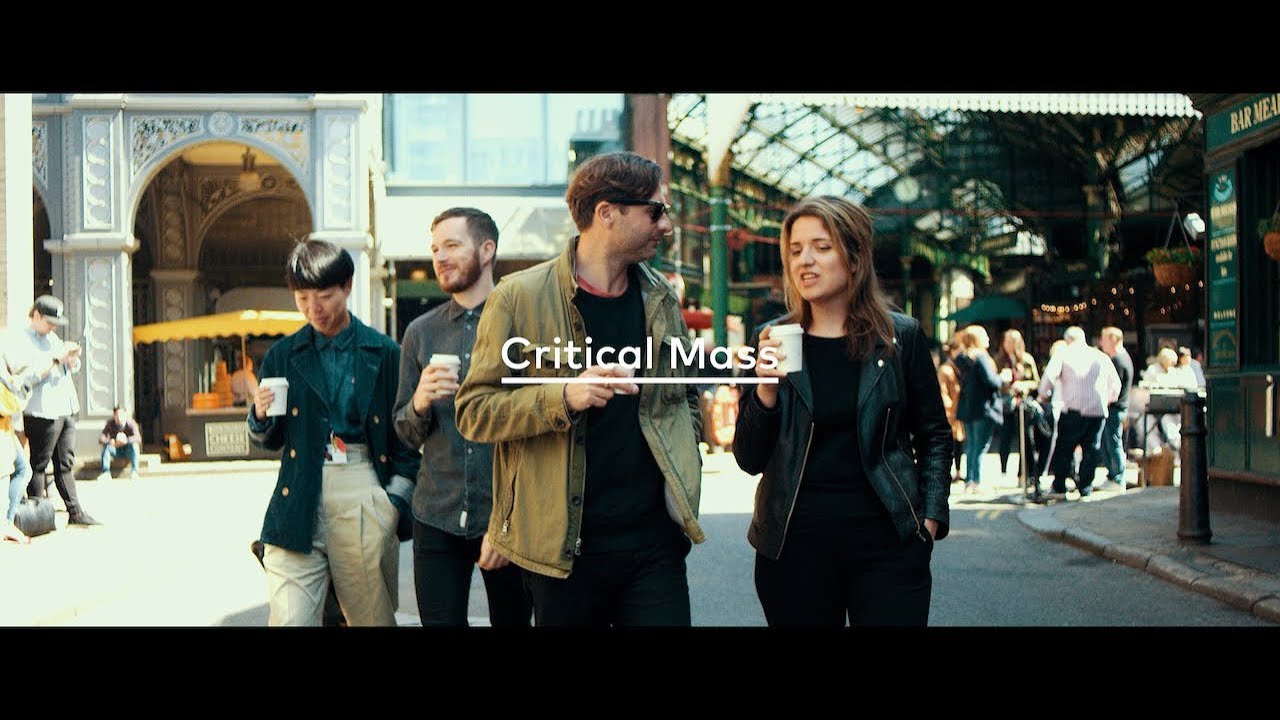 You operate in an industry that has high client churn. Retaining customers is a challenge due to a variety of reasons. What are some of the retention strategies that have worked for you?

eCommerce has seen drastic changes in last few years. How do you envision eCommerce in the coming years?

Customer-Centric Experience Design: We’ve resisted the urge to be all things to all clients and instead have focused on what makes us truly exceptional—experience design with a relentless focus on the customer. This customer-centric focus is at the heart of our approach to e-commerce.

Collaborative Excellence: If you were to ask our clients about our distinctive value, they’d point to our customer-centricity, but they’d also mention our culture (they’ve told us so). Collaborative excellence and good partnership are at the core of our culture. They inform the way we build client relationships and work with our client’s partners and stakeholders. "and we’re recognized across the industry for our collaboration and culture."

Success in a rapidly evolving landscape: We live in a world that makes e-commerce success harder by the day. The options, expectations, and demands of customers have radically expanded. We've also seen first-hand how integrated channels and connected digital ecosystems are more important than ever for generating sales, growing business, and building ever-elusive customer loyalty. To that end, our work spans online demand generation, e-commerce, social and mobile shopping with cross-channel hand-off and location-based services to redefine how customers research, purchase, share, and connect in their daily lives. We help our clients find the way forward, and as a result, they like to keep working with us.

Long-term relationships: Most digital agencies aren’t known for lengthy client relationships, but our clients tend to stick with us. Citibank has been with us for 15 years, Nissan/INFINITI for 10 years, AT&T for 11 as well, and many, many more that are between five and ten.

Accountability: We do what we say we’ll do, and we transparently track our progress in partnership with our client. From the outset or a relationship (and/or project), we define client relationship success by a number of factors, including overall satisfaction (led by our Lyft survey), the team dynamic, the creative product, the targets we hit, and our ability to meet deadlines, KPIs, and other key success criteria. We also ensure we're constantly meeting client needs and standards through conducting thorough and regular reviews of our work.

We’ve been watching a lot of trends and technologies make some rapid strides, but the biggest change to hit the market has been COVID-19 and the disruption it has brought to peoples’ health, business, livelihoods, and ways of being in the world.

A Changed World: We’re helping clients prepare for the future by helping them finding their footing in the here and now. In general, we know that Consumer behavior has been shifting to digital for a long time, but the moment we’re living in has brought sweeping digitalization to practically everyone. As a domain, “digital” has flipped. It isn’t only about design anymore—now, it’s also about logistics. And we’re never going back. “Doing it online” is how we live.

Contactless Commerce: We have a long track record of helping our clients digitize the purchase journey. And we’ve recently focused in on the more contactless elements of a customer’s journey. By using Inspire, Learn, Buy, Guide as a repeatable core framework, we define our role in contactless commerce along the following lines:

Building from these basic elements, we established a Contactless Service Design Process that encompasses: 1) Alignment and Problem Framing, 2) Discovery and Mapping, 3) Ideation and Envisioning, and 4) Evolution Planning and Piloting.

A couple recent examples include work the we've done with automotive clients Nissan and INFINITI. We had already built strong eCommerce foundations with both brands. (Even though a car buyer can’t buy a car directly from automotive brands, we still use eCommerce design thinking to make sure that Nissan and INFINITI enter more car buyers’ consideration sets, and that the digital customer journey translates to leads, key buying actions, visits to the dealership, and, ultimately, sales.) By nudging each brand’s existing eCommerce foundation and strategically incorporating the right elements of their Contactless Service Design Process, we helped to brand and launch the Nissan@Home page and the “INFINITI Now” experience.

Biggest, best-known, and most admired brands in the e-commerce space work with Critical Mass